For decades, artists, designers, and planners have turned to play to better understand our environments and each other. Over the course of the Spring/Summer 2021 season, The Bentway will explore the history of play and its role in shaping decisions about public space through the Playing in Public exhibition and programs.

As we look to the future, we must consider the ways that COVID has altered our cities and the necessity of play for urban recovery. With long-running lockdowns in place at various times throughout the past year, opportunities for recreation and play have become critical to maintaining mental and physical health during an uncertain time.

As cities across the globe call for a “summer of play”, this two-part panel discussion, co-presented with World Urban Parks & 8 80 Cities, and featuring speakers for whom play is a core component of their work, we will explore the benefits of recreation as a tool for recovery and ask what play can teach us about building more resilient cities, public spaces, and communities.

Our second talk will explore how play has shaped the design of our cities over time and what play-based spaces reveal about shifting political, social, and cultural values. Panelists will reflect on play’s critical role in learning and development for all ages, and speculate on the ways the pandemic will re-shape play-based design and engagement in the years to come.

Adil Dhalla is a community organizer, social entrepreneur and dreams of a world where more people just play. He is the Director of Community for Reset, a social enterprise that has been making pop-up playgrounds since 2015. He was previously the Executive Director at the Centre for Social Innovation, Managing Director at Artscape’s Launchpad, and is the Chair of the StopGap Foundation’s board. Adil is a DiverseCity Fellow and a Common Futures Fellow.

Alexandra Lange is a design critic and author of The Design of Childhood: How the Material World Shapes Independent Kids. Her work has appeared in Architect, CityLab, Curbed, Dezeen, and Metropolis, as well as New York Magazine, the New York Times, and the New Yorker. She is currently at work on a book about the history and future of the American shopping mall, due out in 2022.

Studio F Minus co-founder Mitchell F Chan has exhibited innovative works across North America since 2006. For his innovative practices, he was awarded the School of the Art Institute of Chicago’s Trustee Scholarship in Art & Technology Studies. His work has been covered and discussed in numerous media outlets including VICE, Canadian Art, Slate, the Toronto Star, and Gizmodo. His gallery work typically explores the liminal zone between legibility and illegibility.

Tim Gill is a global advocate for children’s play and mobility, and an independent scholar and consultant based in London, England. He is an ambassador for the UK Design Council, and author of No Fear: Growing up in a risk-averse society and Urban Playground: How child-friendly planning and design can save cities. His website is www.rethinkingchildhood.com

Alex Bozikovic is The Globe and Mail’s architecture critic. He writes about architecture, heritage, planning, and landscape architecture in Toronto and beyond.

He is a co-author of Toronto Architecture: A City Guide (McClelland & Stewart, 2017); and co-editor of House Divided (2019). House Divided was shortlisted for the Speaker’s Book Award of the Legislative Assembly of Ontario.

He won the 2019 President’s Medal for Media in Architecture from the Royal Architectural Institute of Canada for his journalism. He also won the Architectural Conservancy of Ontario’s 2017 Media Award.

Play Talks presented in partnership with 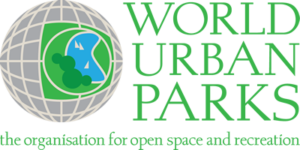 Play as a Recovery Strategy (Part One)